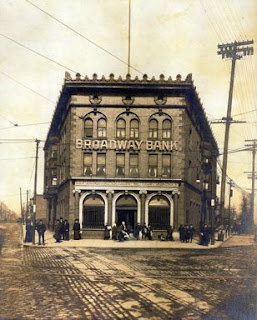 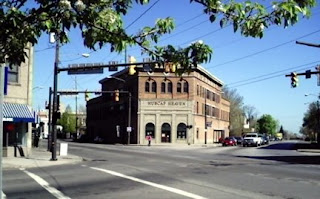 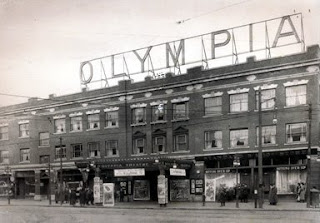 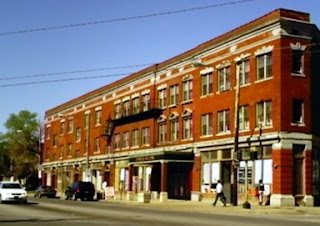 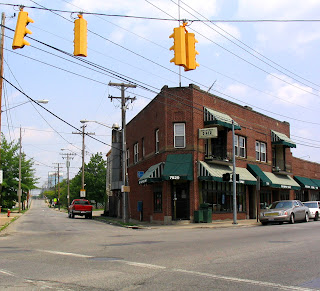 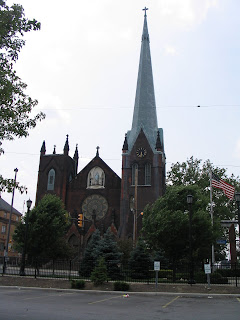 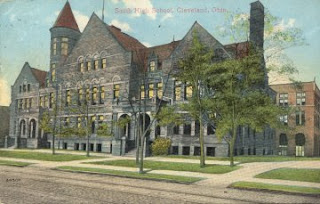 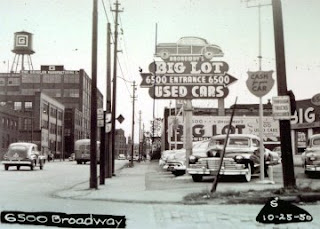 Hi again!
I haven't blogged in a couple weeks. Twyla noticed! xoxo
I've just been busy with life and stuff!
I got caught up in my sister Deb's Facebook group that she started, about our old neighborhood.
I became addicted to finding old photos. My sisters and I, even went through the area last week, when we were out for Susan's birthday/sister day.
It was so sad! The neighborhood is just rundown and pathetic.
I grew up in a blue collar area, and lived within a 5 mile radius, my whole life.
We moved quite a few times, but always in the same general area. So I went to school, got married, had my kids all in this area.
It was a neat, well kept little area. Predominately a Polish neighborhood in it's day.
All my friends were close by, as well as everything we needed. Donut shops, pizza shops, shoe repair, dry cleaners and on most corners the local neighborhood store.
We shopped "on Broadway"... our "Main Street" and there was St. Alexis hospital, where several of my nephews and nieces as well as 2 of my own kids were born and where my father died. the grocery store, drug store, "Dime Stores" Shoe stores. Soda shops Candy shops and Barber. No need for Malls.
There was even a Bowling alley and neighborhood swimming pool, where I got my very first job when I was 14. Regent Pool, was directly across the street from my house! how lucky was I???. To get up every morning, and put on a bathing suit and go to work! Sitting in the sun, seeing all my friends and swimming all by my self during the 15 minute rest periods!

It's all gone now. The pool, donut shops. Olympia, St. Alexis Hospital... all of it.
The neighborhood is practically abandoned, although some brave have stayed.
The area (zip code 44105) has the sad title of most foreclosed houses in the entire country!
Houses are boarded up, and stripped of their Aluminum siding. I was brought to tears seeing the devastation. I don't know how, or if, this neighborhood I love so much will ever recover.
Several houses have been torn down, shops closed up.
So I just want to remember the "glory days"
The photos above are from days even before I was born!
1ST photo: "Broadway Bank" (then and now)
Now "Hubcap Heaven"... and is still in pretty good shape. I walked passed that building on my way to Jr. High school every day. At one time it was "Fishers" department store. I remember going there just to see Ricky's mom.. I had a massive crush on Ricky, and it was like getting close to a celebrity.. just to see his mom.. omg.. lol next to this building, was our local Library, where I spent many a Saturday afternoon with my sisters.

2ND. photo: "Olympia Theater" (then and now)
Many, many Saturday Matinee's! You could see 2 movies for $1.50. They attempted to restore the theater about 25 years ago... and I went to see "Halloween" there. It was very musty smelling, but still so exciting to be there again. Back in it's day, it had deep Red swirly carpeting, and matching Red Velvet drapes! It was also touted as one of the largest theaters in the country, when it first opened.
3RD. photo: "Daily Donut" (now Broadway Diner)... ahhhhh! I can still smell the donuts! They were 5 cents for regular and 6 cents for cream filled. It was right across the street from South high school... and the place we "ran" when we'd "cut" lunch! See that street? It's Marble avenue... I road my bike down that "hill" hundreds of times... I thought it was sooooo steep!... and I would get an Adrenalin rush just getting up my nerve to ride down!


4th. photo: "Our Lady of Lourdes" Catholic Church built in 1883
An absolutely gorgeous church. It had a verrrrrry long Isle.. I know because I made my first communion there.. and got married there too.

5th. photo: South High School
The oldest contiguous High school in Cleveland. built in 1893.
this is the original South High. (there have been 3) when we lived behind this school, it had already become Albert Bushnell Hart, (a Jr. High) and South #2 was a few streets away. We had to move because the building was being razed to build South #3.. confused?.... everyone is. I graduated from #3... that was built on this same spot.
I remember playing in the playground there all Summer, and it was there that my sister helped me learn how to ride my Blue "Huffy" bike. Also next to the play ground was some kind of print shop... yes!.. I had an endless supply of newsprint draw on!
6th. Photo: "Grablers" the big ugly factory on the left, was torn down to make way for "Uncle Bills" department store (where I also worked) and "Pick n Pay" grocery store!.. cool! across the street was McDonald's (another Summer job)...It was complete with the Giant Golden arches.. and back then, was only a walk up. They were just in the process of adding the dining room when I started working there. On the corner where this way cool car lot sits, is now the new home of McDonalds.. they tore the "old" one down... : (
Some places looked so different, I had to stop and figure out where we were!
There are lots more photos of the old neighborhood at: http://www.slavicvillagehistory.org/, if you're interested.
To some it might just look like an old dusty place, but to me it was home.
I'll miss it FOREVER.
Posted by MaryEllen at 11:06 PM 2 comments: 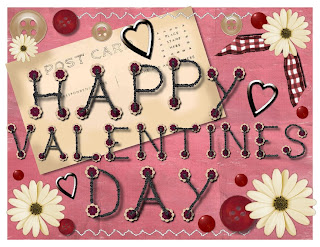 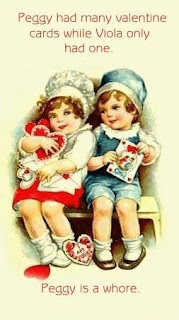 Be with the ones
you
LOVE!
EAT
CHOCOLATE! 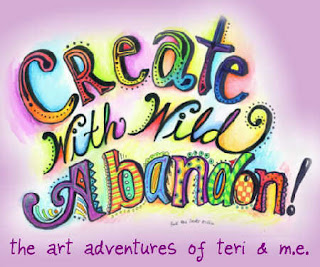 Yessss!
The first round of the Journal project is done!
Teri and I have finished Quote #1... 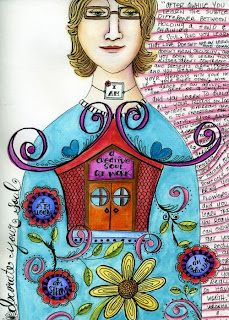 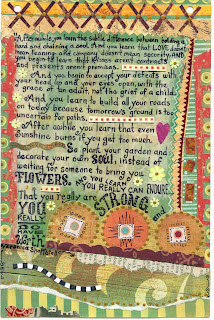 Teri has created a Blog just for this project!
So... click on the pic above and check it out!
We'd love to have your feedback too!
Teri's journal page just blew me away!
The color grabs you first, then the amazing
funky details. That's a self portrait!
The quote she chose is amazing too,
kinda like words to live by.
I am so excited about this, our first "group"
project!

Teri lives in Indiana, and while we've been friends for
several years, we've never met in person!
(She is planning on visiting....this Summer? yay!!)
We're both very passionate about ART and always wished
we lived closer so we could hang out and do art!
So she came up with this journal project idea.
Create a journal page around a quote that each of us will take
turns giving every two weeks.
It's something we can work on together, even though we're not!
I got so excited!... have I said that yet?

I've never done a journal before, so I was anxious to try it.

Teri emailed me with the specifics of the journal project, then emphasized
the "rules"....
"CREATE WITH WILD ABANDON...&
F@$ & THAT INNER CRITIC!"
..... I loved that!... so much, that I
made a little poster to hang in my art room (see pic above)
as my daily reminder.
Teri liked it so much, she's going to incorporate it in our Blog
Banner she's designing.

So... is all way too fun! Teri is just as excited as I am
and I think we've both been "refreshed" with inspiration
and the juices are flowing once again!

Stay tuned to see the new journal quote pages, that will
be posted every two weeks.

HAVE A GREAT WEEK! 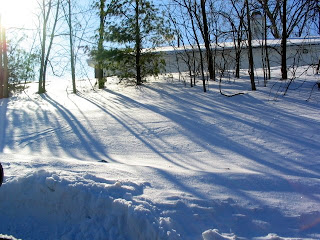 brisk January day!
After gettng my new License plate stickers,
I headed to BFF Gloria's house for PIZZA!
She and her brother Steve were making!
OMG.. it was GOOD! FRESHH AND HOT
FROM THE OVEN! 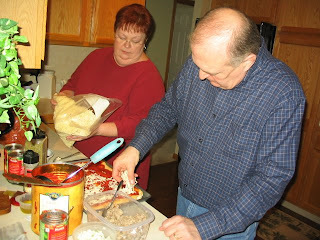 All the toppings! Pepperoni, Sausage, Bacon,
Cheese, Onion, Black Olives...
HUNGRY YET???
... Well.. I only like mine with Pepperoni and Cheese,
They made a half just for me!
Steve's wife Kathy and our friend Laure were
there too! We had lots of fun as usual!
Nothing like homemade Pizza! 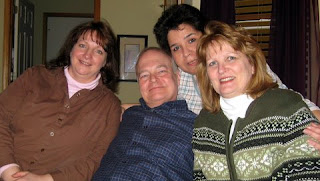 Steve.. has turned into the "SOUP NAZI"..
making Gallons of soup and sharing it with
everyone! He even gave me a quart!
MMM MMM Good! Fresh Chicken Noodle!!! Ahh!
I had it on Sunday, when I took a break from journaling.
It was sooooo good! Just the perfect COMFORT
FOOD, on a Cold January Day! 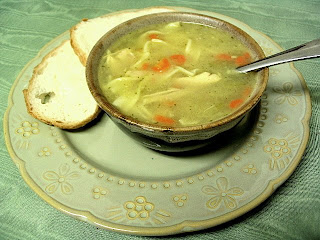 Sunday was in the low 40's... balmy here!
and there was a beautiful sunset. 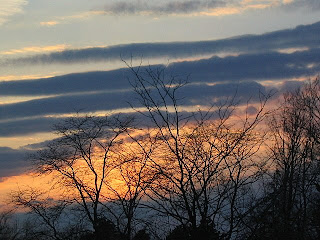 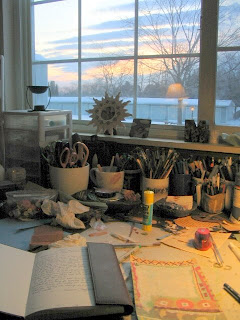 I Spent all of Sunday working on my
first ever journal page project, my
friend Teri (who lives in Indiana, and
never met in person!) came up with.
We're going to take turns giving a quote
to journal about! She's coming for a visit
in the Summer, and we'll get to see the
finished journals in person. Of course
we'll share the pages in Emails, because
neither of us can wait to see them!
It was so much fun, after I got over
my fear of "not knowing how to do this!"
Inspiration flowed, and I finished it already!
The quote she gave was perfect.
These are just little sneak peeks, but I post the
finished piece, after i've shown Teri. 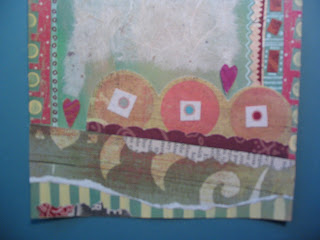 I must have food on my mind, because I found
myself drawing this Hamburger at work.
Nothing is to scale, although... I do like that
giant burger! 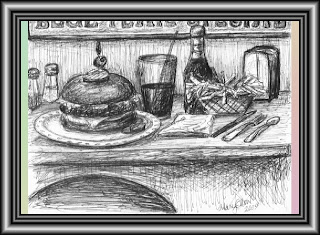 Monday's dinner...More comfort food.
Tender Cube Steak, smothered in my homemade
gravy, fresh mashed Potatos and corn.
MY MOST
FAVORITE MEAL!!!
Even though it was just for me, I made extra
because I also love leftovers! 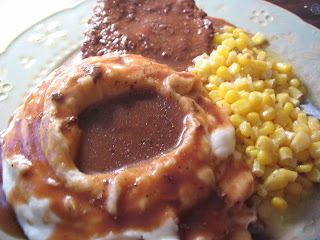 I found a blank journal, I bought 2 years ago
and decided to USE IT! After being inspired by
the journal project. Now I'm hooked!
So the first journal page is about SPRING!
and how I can't wait for it to arrive! 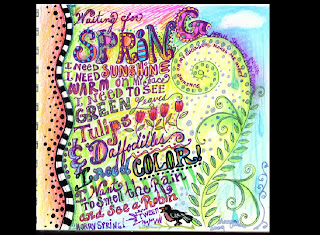 work day doodle. ... I'm on the phone all
day.. and this is what I do between calls!
another image of Spring... go figure. 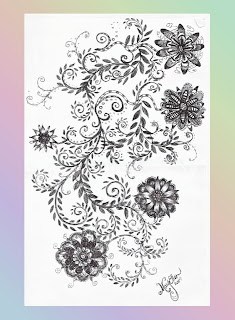 MaryEllen
God, Family, Friends and art. they're all I need. God blesses me every single day, in ways big and small. My family, and children are loving, supportive, crazy and fun! I also have the best girlfriends in the world. We've all known each other for over 40 years! How wonderful it is, to never grow old in their eyes. My Art is my passion, my therapy, my soul. It keeps me sane. I make art because I need to. I make art because I love to. 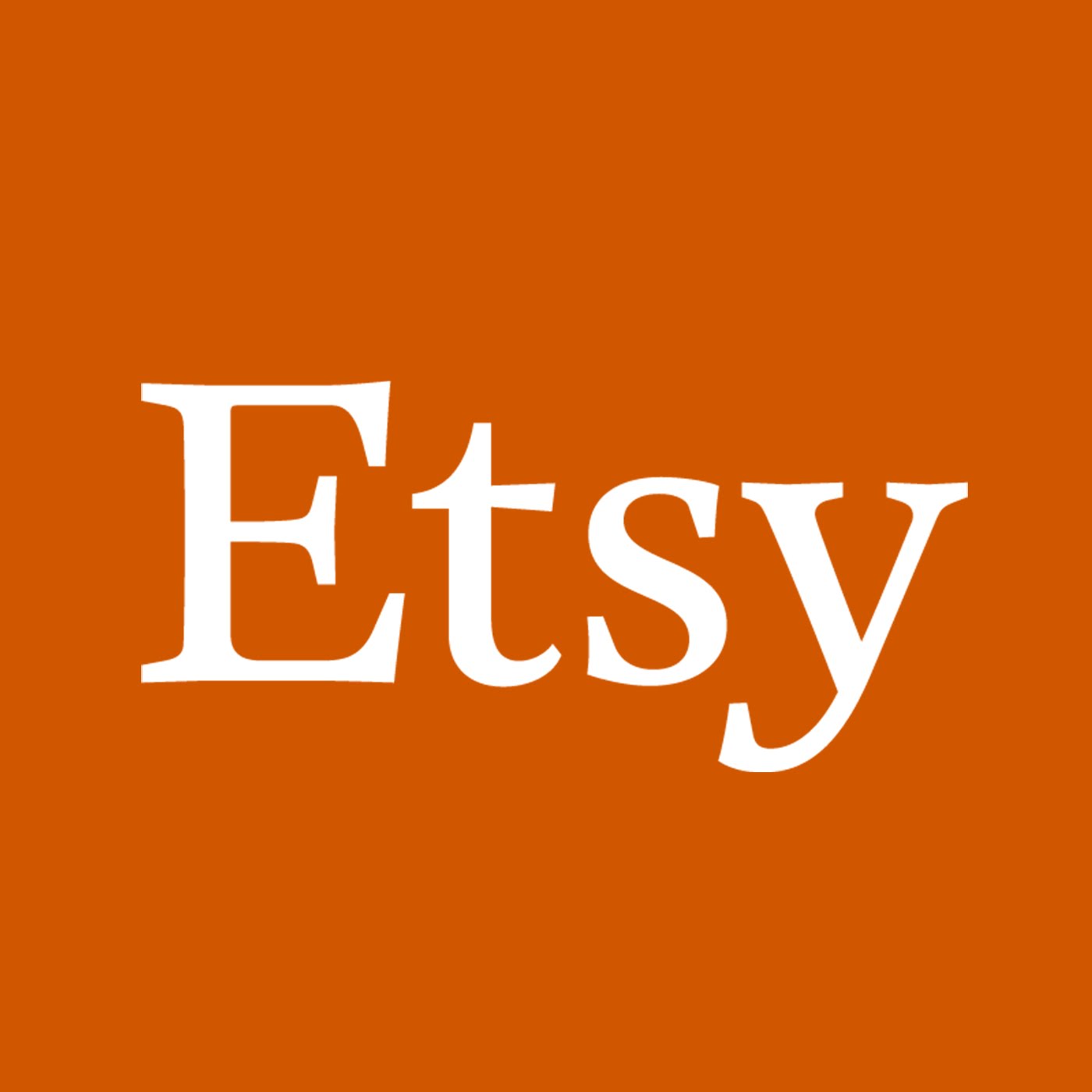 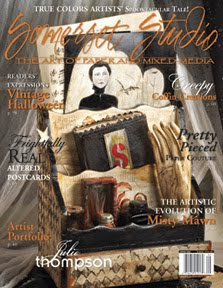 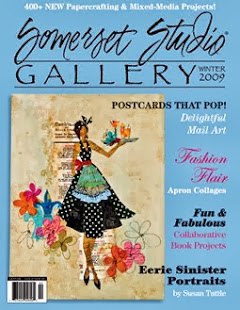 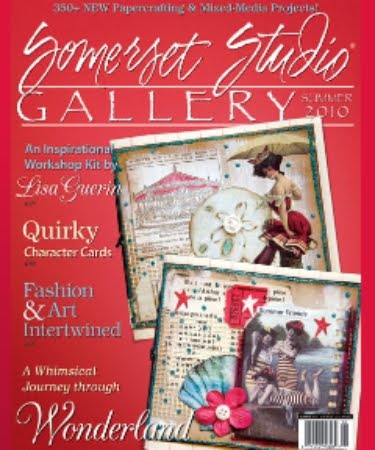